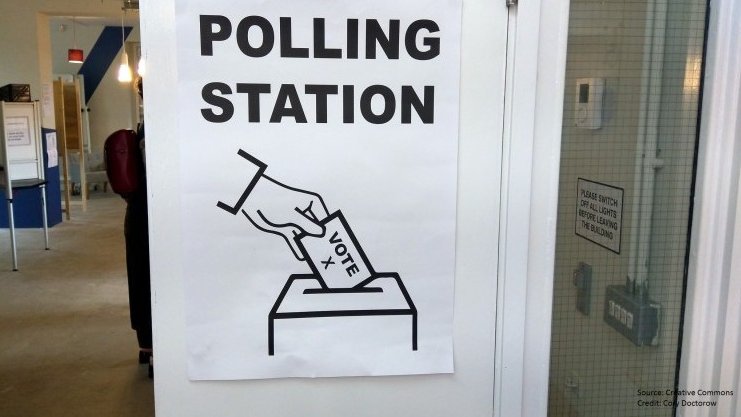 Calling for a general election to settle Brexit may seem a neat solution, but it is risky.

The two parties with the clearest views on EU membership, the Liberal Democrats and the Brexit Party, would both be grossly under-represented in the new Parliament, whatever their share of the popular vote.

Moreover, there is a real risk of the result producing a new Parliament with no overall majority, with MPs still as unable to agree about Brexit as they are today.

Parliament would be showing respect for the right of the people to resolve the impasse and MPs could campaign for whichever choice they favoured, or lie low until the result was known.

The critical criterion for framing the ballot is that whatever choice voters made would be accepted by the EU as well as the British government, thereby avoiding a unicorn solution being endorsed.

Otherwise, there is little chance that the EU would suspend the 31 October deadline to allow time for a referendum to be held.

1) Withdrawal without a deal. This is the default position

2) Remain. This can be done by Parliament voting to reverse the approval it gave to trigger Article 50 in February 2017. Implementation would require a legally binding clause in a revocation Act that required the prime minister, whoever he or she was, to submit this notification to Brussels. If Johnson refused to do so, the EU would wait for the British courts to force this to be done or for a vote of no confidence to replace him with a prime minister who would respect such an Act of Parliament.

3) Withdrawal with a deal. A middle-size bowl of Goldilocks porridge smothered in sweet-sour sauce. The sweetener for the Commons majority opposing no deal is that chaos would be avoided, while the sweetener for the 2016 referendum majority is that it would confirm withdrawal. But what’s sweet for one side would be sour for the other: Remainers find withdrawal distasteful while Brexiters do not want to swallow continuance of any EU obligations.

To achieve withdrawal with a deal, Johnson could repackage Theresa May’s deal, with suitably cosmetic changes approved by Brussels, as his triumphant achievement of Brexit.

For Remainers it would be better than nothing; for hard-core Brexiters, it would be a cod-liver oil solution, leaving the unpleasant after-taste of continued EU regulation as the cost paid to flush the EU out of the British political system. Johnson would be seen as treating them as he treated David Cameron.

Alternatively, Remainers could offer a Norway plus bowl, based on the relationship pioneered by Norwegian politicians: rejecting EU membership while accepting certain conditions for maintaining strong EU links.

In addition to single market access requiring acceptance of EU regulations and financial obligations, the UK would also need to accept some kind of customs union in order to resolve the vexed question of a border between Northern Ireland and the Republic.

The cry by hard-core Brexiters that this is BRINO (Brexit In Name Only) would be music in the ears of many Remainers, and drown out wails of purist Remainers who would not accept any deal short of remaining in the EU as in the past.

MPs united in rejecting no deal must use the next few weeks to cook up a bill that can achieve a House of Commons majority before the end of October or being dished by Johnson and Dominic Cummings.

The Labour leadership must decide whether to stick to its current unicorn solution–a referendum after a general election called before 31 October–or whether to endorse a referendum now.

A three-question ballot with a sweet-sour option, a remain option and a leave option has the best chance of maximizing support by Labour MPs as allowing the people to decide what form of Brexit they want – or letting them change their minds altogether.

Opposition to a referendum is most likely to come from hard-core Brexiters who see the default position of leaving in a few weeks as their reward for decades of campaigning to take back control from the EU.

A second vote would jeopardize this by threatening endorsement for remain or BRINO.

The attraction of a referendum for Johnson is that he can be in the spotlight as a campaigner and, once the Brexit impasse is broken, follow up with a general election campaign in which he will seek an absolute majority in the belief he can better charm the electorate than Theresa May did in 2017.

For Johnson to oppose a referendum leaves him at the mercy of a Commons majority that can reject any cosmetic deal he serves up and tell him to go back and try for a better deal before 31 January.

True Remainers in the Liberal Democratic Party can take comfort in survey evidence showing that in a three-way division of the vote those favouring remain are in a plurality.

This would open up the possibility that the transfer of referendum votes from whichever alternative finished third would lead to an absolute majority for remaining in the EU.

Scottish Nationalist MPs, still substantially more numerous than Lib Dems, want a second referendum keeping Britain in Europe followed by a Scottish referendum majority for independence on terms that would keep Scotland and England joined economically but not politically through EU membership.

Ironically, the realistic prospect of a second referendum would give Conservative whips a credible threat to cajole hard-core Brexiters to vote for whatever is in the cake box that Johnson brings back from Brussels on 19 October.

While what’s inside will not be the magic cake that Johnson promised, most are likely to swallow it.

MPs on the opposition benches do not have to suffer the indignity of voting for any deal Johnson serves up. Abstention by a limited number of opposition MPs would be sufficient to stop the UK leaving the EU without a deal on 31 October.

MPs on both sides of the House could then get back to what they care about most: positioning themselves for a post-Brexit general election.

By Professor Richard Rose, professor of politics at the University of Strathclyde and a fellow of the Robert Schuman Centre at the European University Institute. This analysis draws of his forthcoming book ‘How Referendums Challenge European Democracy: Brexit and Beyond’.

This article was originally published by UK in a Changing Europe.