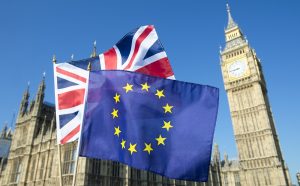 A transition period comes to a close, and the UK will no longer have to follow European Union rules, Richard Rose examines how Brexit could be reversed in whole or part.

In ‘getting Brexit done’, Boris Johnson’s government has taken full ownership of the consequences of leaving the European Union at a time when the economy is feeling the massive impact of the coronavirus pandemic. Downing Street can try to blame the pandemic for visible costs of Brexit, such as the loss of jobs dependent on EU exports, but even if it succeeds, it still risks losing electoral support.
The prospect of difficulties ahead has given the pro-EU movement some cause of optimism. Europhile think tanks are holding webinars and fundraising. They can draw comfort from demographics: younger pro-EU cohorts are gradually replacing ageing Eurosceptic so that those who voted for Brexit in the 2016 referendum will be a minority of the electorate by the time of the 2024 British general election.

But that does not change the reality that, at the end of this year, EU campaigners will have ended their last battle, against leaving without a deal. Even if the government does arrive at an agreement with Brussels, it will do so on Boris Johnson’s terms. These would hardly mitigate the economic disruptions that will begin to show on January 1 when the UK becomes a fully-fledged non-member state of the EU. At this point, political choices alter radically. The pro-Brexit group become the ‘Remainers’, wanting the UK to maintain its freedom from the EU. Pro-EU campaigners must find a new name and purpose, whether their goal is the United Kingdom once again becoming an EU member or the UK having a positive relation with Europe from outside the bloc. The strategic question for the government’s opponents to ask is: What would it take for the British government to undo Brexit?

Struggles ahead
Rejoining the EU is not possible on the same terms as the UK was previously a member with a budget rebate and no obligation to join the eurozone. Unlike a social club, the EU does not have a provision for members that drop out to be quickly re-instated. The British government could apply to become a new member state through existing EU procedures or, as a non-member state, seek a new deal on UK-EU relations that would improve the position arrived at by Downing Street’s negotiations with Michel Barnier this autumn. If expert forecasts of the impact of Brexit are correct, the rosy scenario promised by Brexiters will soon be seen as a mirage. Trade deals with the United States and China will not materialise while domestics costs will be real and visible.
Jobs will be lost in the Northern England ‘red wall’ constituencies that the Conservatives won last December. Labour shortages in hospitals, care homes and restaurants will produce worse service and higher costs. These developments will accelerate the arrival of the normal mid-term slump in government support and make Conservative MPs back off cheering a prime minister who identified their party with getting Brexit done. In order for British politicians to promote closer ties with Europe, the EU and its member states will need to be invisibly better economic and political shape than Britain. Whether this will be the case is problematic. The EU currently faces major divisions about the eurozone, foreign policy, immigration and respect for democracy in East European member states. The coronavirus pandemic has exacerbated internal EU conflicts by hitting poorer Mediterranean countries harder than northern Europe.
If the state of Europe looks better, public opinion polls are likely to show an openness to undoing the effects of Brexit. Asking people how they would vote if a referendum were held on joining the EU is now hypothetical. The immediately relevant question is: Do you think leaving the European Union has been good or bad for the economy? The follow up question should ask: Do you think getting better relations with the European Union would help the British economy? As 2024 approaches, the ball will be at Keir Starmer’s feet. The Labour leader will have the chance to set his party’s general election manifesto. Its over-riding theme will be: Get the economy right. That leaves a place in the manifesto for a commitment to explore improving Britain’s trade with the Single Europe Market. This avoids premature pledge to a particular relationship when any outcome can only be determined by agreement with the EU.

A different EU
The European Union in 2025 will be different from the EU today. There will be a new European Commission formed after a new European Parliament is elected in May 2024. There will be a new Chancellor in Germany and France will have a president whose mandate will reflect its 2022 election. Just how much or little the eurozone has changed and how the coronavirus epidemic has encouraged a change in the Schengen commitment to the free movement of people within the EU will be clearer by 2025. While continental Europhiles hope to see events lead to an ever-closer union, the default position is that the EU changes by muddling through and more differentiated integration allows some member states to opt-out of further integration. If Starmer becomes prime minister, his first task will be the easiest: fence-mending with European politicians. Curiosity will make him a welcome visitor in Brussels. Within Whitehall, an inventory will be needed of laws and regulations that had been amended post-Brexit in ways departing from Single Europe Market standards. In parallel, a Commission should hold a public inquest into the consequences of Brexit for the British economy. Trade unions, downsized businesses, City of London institutions, universities and others should be invited to report examples of damage. Evidence of real damage will mobilise more political support for a new deal than Brexiter promises that future benefits will replace current damage.
Once the ground has been prepared, the government could publish realistic options in a green paper with a title such as ‘Improving Britain’s Relations with the Single Europe Market’. To keep its options open before negotiations with Brussels start, the green paper could canvass alternative forms of bilateral agreement ranging from a closer association than that of Norway, where the government is pro-EU and the voters are not, to a minimal Norway-minus deal. The EU has already signalled that given Britain’s economic and political importance, it would negotiate a one-off agreement for closer relations. A green paper should make clear how timeconsuming and arduous the process of joining the European Union would be. To become a member state the UK would have to accept without amendment the acquis communitaire, that is, the complete body of existing EU laws and regulations. Dozens of volumes of EU and UK laws would need to be collated to ensure that the UK adheres to EU standards or that it will make changes in order to join. In addition, the UK would be obligated to make a multi-billion commitment to the EU’s annual budget, accept decision making by qualified majority votes, and the enforcement of policies by the Court of Justice of the European Union. If the EU applies its current requirement for a new member state to be prepared to join the eurozone, that could sink any chance of a British government wanting to accept EU membership.

Undoing Brexit?
The only certain way to undo Brexit in the next Parliament is for a Labour government to negotiate an agreement with the EU restoring the mutual benefits of Britain trading with the Single Europe Market. A minority Labour government could rely on Scottish Nationalist and Liberal Democrat MPs to ensure a parliamentary majority for such an agreement. A Conservative demand for a referendum on such a measure could be rejected on the grounds that such a deal does not make the UK an EU member state. An economic relationship without the political influence of membership would only be half a loaf. Very committed pro-EU campaigners could, if they wished, take Eurosceptics as their model, and start a 20-year campaign to reverse the UK’s position outside the EU. However, for British politicians who have never wanted to make a meal of the European Union, close economic relations is sufficient. For British voters hungry to escape from an economy disrupted by both Brexit and coronavirus, BRINO (Brexit In Name Only) is better than no loaf at all.

Professor Richard Rose is Director of the Centre for the Study of Public Policy at the University of Strathclyde Glasgow and a Visiting Fellow at the European University Institute Florence. His most recent book is ‘How Referendums Challenge European Democracy’.

Would you buy a used car from one of these men? | The EU’s Democratic Deficit is Structural not Reformable | Which way is Boris Johnson sliding? | Britain’s Zen approach to dealing with Brussels | A history lesson for Prime Minister Jeremy Corbyn |

What would it take to undo Brexit? | Will Boris Johnson get the Brexit deal he wants? | Another ‘who governs’ election with no answer? | What do we need: a general election or second referendum? | EU and Theresa May share the same goal: self protection |